How To Tune A Guitar by Ear 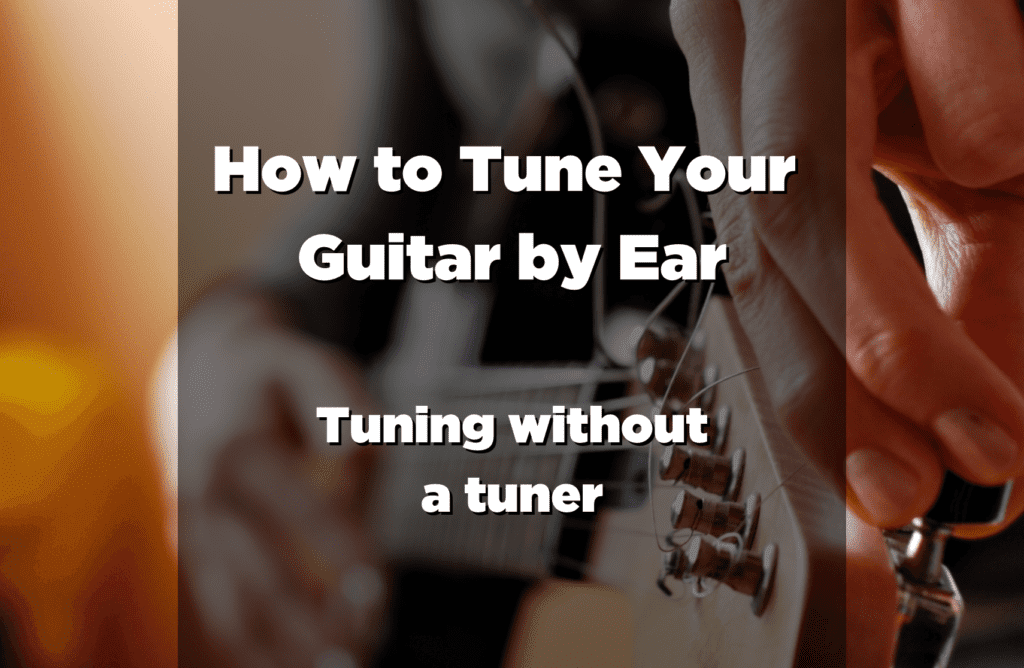 The guitar is a versatile instrument that can produce beautiful music if played the right way.
You not only need to know how to play the guitar well, but you need the right instrument in
the right tuning as well. Learning to tune a guitar by ear successfully is as important as playing the guitar itself. You cannot be a good guitarist and not know how to tune your own instrument on the fly. Although, when playing with others, it’s always a good idea to be properly tuned with a tuner.

No Tuner to be Found

No tuner? Wondering how to tune a guitar without a tuner? Well, with your ears, of course!
Yes, you can tune a guitar by just listening to your strings. Using your ears to understand
your strings and the notes they play is essential if you want to become a good guitarist. You
cannot always rely on other gadgets. It takes a lot of practice and attention to detail if you want to get good at tuning your guitar by ear. With a month’s practice, you will be able to tell when your guitar strings are off.

before we get to how to tune a guitar by ear, here are some basic things you should do:

How To Tune A Guitar Without A Tuner?

Using natural harmonics to tune the guitar is a little more accurate than tuning by the fifth frets, but is a bit more complicated. Here too, we’ll tune the guitar to itself. It means that it will sound great on its own, but will probably not complement playing with other people.

Some Background About Harmonics

In this method, we’ll compare the harmonics of the strings. If you don’t know how to play the harmonics, it’s pretty simple. Gently put your finger on any string over the 12th fret. Don’t press it, just make sure that your finger touches the string and the string is not touching the fret. Play the string, this is called the 12th harmonic. If you raise the finger while the note ring, it won’t stop ringing. It basically cuts the string length by half, making it play a note an octave higher. There are other harmonics too, and today we’ll use the fifth fret harmonic, the seventh fret harmonic, and the ninth fret harmonic (which is a bit harder to play). Let’s start:

Tuning Your Guitar By Ear Using The Harmonoc Method

How To Tune A Guitar by Ear To Drop D?

Don’t worry; it is quite easy. Though alternate tuning can be complicated, Drop D is not so
complicated after all. The D string is the fourth string in your guitar. You need to ensure your
other strings are in tune before attempting this. To tune a guitar to Drop D by ear, start by tuning your entire guitar to standard tuning using any of the methods above. This simple method is built around a concept very similar to the octave method from above.

Understanding the pitch relationship between your notes and becoming sensitive to them can take you a long way as a guitarist. You will be tuned in all the time and will be able to easily tell when your string pitch is off.