What’s the Difference Between Distortion and Overdrive? 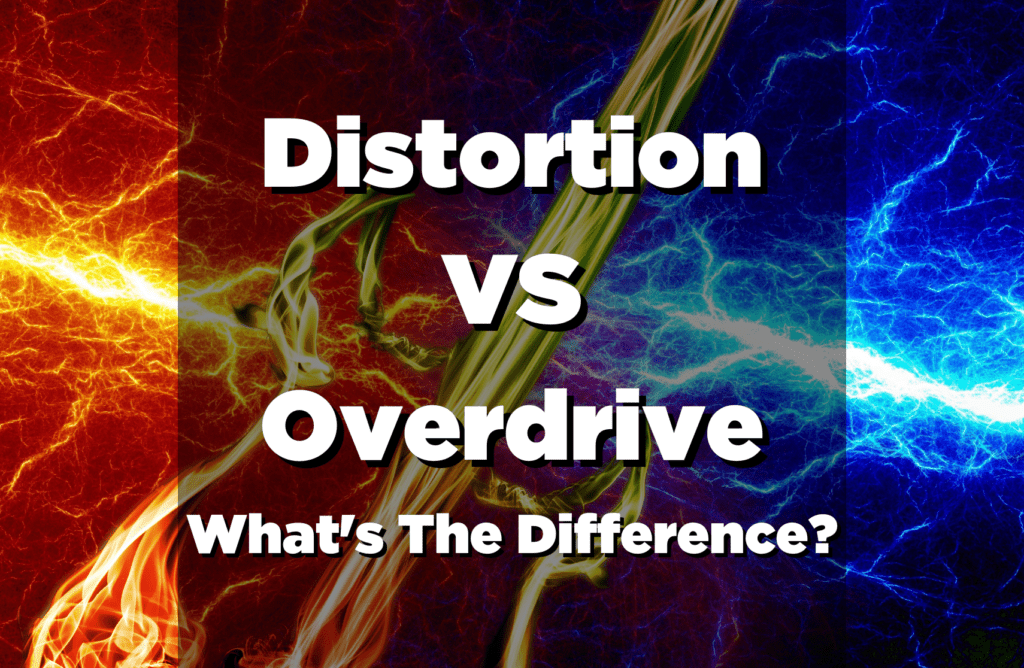 Overdrive and distortion are two very similar effects that are often confused with each other. You can probably tell that one of them was applied but will have more of a challenge deciding which one exactly. In today’s article, we’ll go over the difference between distortion and overdrive, in the way they sound, affect the signal, and how their circuits look. In just a few short minutes, you’ll have a better understanding of what you want to use and when: distortion vs overdrive.

Both distortion and overdrive are part of a family of effects called “gain”. Gain effects control the volume of the guitar, often to a level when the signal is being distorted. What usually happens at this stage is that the sound is cut above a certain threshold. This is enriching it with additional harmonics. The specific way of cutting the sound is what’s making the difference between distortion and overdrive.

Is Overdrive Different From Distortion?

The main difference between distortion and overdrive is the intensity of the effect applied to the tone. This difference causes the distortion to be brighter and more aggressive than overdrive, which tends to be warmer and mellower.

Below are two sound examples of the difference between distortion and overdrive. In each sample, you’ll hear the clean (dry) signal, followed by the same part played with either distortion or overdrive.

You can now easily tell the difference by hearing it, but you also need to take this difference into account when choosing the effects you use for recording your electric guitar. When mixing, even the way you EQ electric guitar is different when you use distortion or an overdrive.

Schematic of Distortion and Overdrive Effects

When looking at the Schematic of Boss OS-2, we can see both of the circuits very easily. The top part (marked in red) is clearly showing a hard clipping circuit (distortion). Where in the overdrive section (marked in blue), we see a soft clipping circuit. Where not all of the signal is affected by the diodes.

How Do Distortion and Overdrive Affect The Signal

It may be easier to understand If we take the cleanest soundwave we have, and run it through a soft clipping, and then through hard clipping effects one by one. The first image shows a clean sine wave, with no effects applied.

The breaking points of the wave, that used to be perfectly round, are now what’s causing the harsh sound of the distortion.

Soft and hard clipping effects are not exactly overdrive and distortion, but more of an over-simplification of them. That being said, I ran the same clean sine through Boss Blues Driver BD-2 and Boss DS-1, and here you can see how it looks:

Even though they don’t look exactly like soft and hard clipping, they do follow the same principles.

There are thousands of different distortion pedals in the market. Some of my favorites among the most well-known are Fender Pugilist, MXR M75, and Boss DS-1.

I hope that now you have a better understanding of the difference between distortion and overdrive. By hearing the difference, and seeing how this effect changes the waveform you can easily decide which to use, and understand how to use it.

Dunlop Jazz III – Review – The Best Pick Of All Time?